Please join us on Wednesday, March 18th, at 7pm as Melanie Notkin launches the paperback of Otherhood: Modern Women Finding a New Kind of Happiness. Notkin will be joined and interviewed by Dr. Janet Taylor.

More American women are childless than ever before--nearly half those of childbearing age don't have children. While our society often assumes these women are "childfree by choice," that's not always true. In reality, many of them expected to marry and have children, but it simply hasn't happened. Wrongly judged as picky or career-obsessed, they make up the "Otherhood," a growing demographic that has gone without definition or visibility until now.  In Otherhood, author Melanie Notkin reveals her own story as well as the honest, poignant, humorous, and occasionally heartbreaking stories of women in her generation--women who expected love, marriage, and parenthood, but instead found themselves facing a different reality. She addresses the reasons for this shift, the social and emotional impact it has on our collective culture, and how the "new normal" will affect our society in the decades to come.

Melanie Notkin is the national best-selling author of Savvy Auntie: The Ultimate Guide for Cool Aunts, Great-Aunts, Godmothers, and All Women Who Love Kids and the founder and personality behind Savvy Auntie, the beloved lifestyle brand celebrating modern aunthood. In 2009, she established Auntie's Day, the first annual day to honor aunts and godmothers. Notkin is the foremost expert on the emerging demographic of childless, often single, women in North America. She has shared her research, writing, and popular voice as a contributor to The New York Times, The Huffington Post, and PsychologyToday.com, among others, and she appears regularly on national television, radio, and the web. Otherhood, her second book, was inspired by her life in New York City.

Dr. Janet Taylor is a Community Psychiatrist in New York City, the Bronx and Queens. The practice of Community Mental Health is extremely rewarding to Dr. Taylor, because "being on the frontline with individuals and their families battling the emotional and economic impact of Mental Illness is where I can make a difference". She attended the University of Louisville in Louisville, Kentucky for Undergraduate and Medical School. An internship in Internal Medicine at the Miriam Hospital-Brown University followed. Her psychiatric residency was completed at New York Medical College -Westchester Medical Center. She received a Master’s of Public Health in Health Promotion/Disease Prevention from Columbia University. She was a recipient of the 2008 Woman in Medicine Award (National Medical Association- Council of Women’s Concerns). 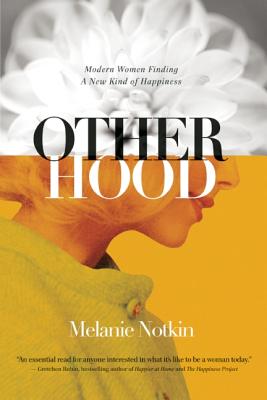