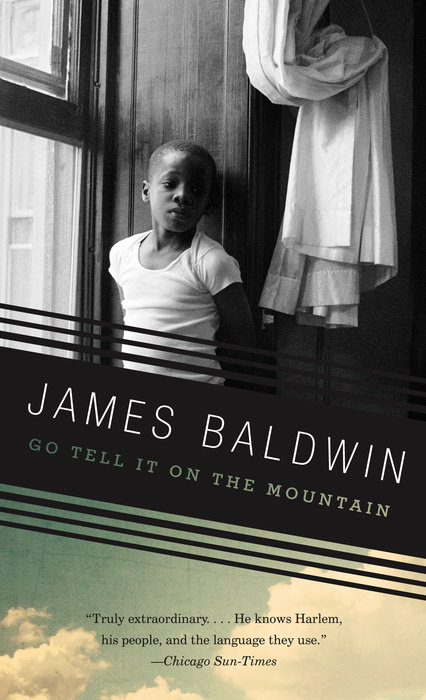 Book Culture is so pleased to be a a part of the UWS Community Read series of events starting January 28 to celebrate and disccus James Baldwin’s Go Tell It on the Mountain.

On Wednesday, February 8th at 7pm, Book Culture on Columbus will host a community discussion looking at the texts Go Tell It on the Mountain and The Fire Next Time.

The UWS Community Read will feature events throughout the neighborhood including readings, discussions and music. It’s all centered around one text: Go Tell It on the Mountain, James Baldwin’s classic 1953 coming-of-age novel.

Partners on the project include the Goddard Riverside Community Center and the Bloomingdale, Morningside, St. Agnes, and Riverside branches of the New York Public Library. Local book groups are encouraged to read and discuss the book as well.

For more information on the events occuring throught the series, visit the Goddard Riverside Community Center Arts bulliten board at http://www.goddard.org/grcc/programs/communityarts/

JAMES BALDWIN (1924-1987) was a novelist, essayist, playwright, poet, and social critic. His first novel, Go Tell It on the Mountain, appeared in 1953 to excellent reviews, and his essay collections Notes of a Native Son and The Fire Next Time were bestsellers that made him an influential figure in the growing civil rights movement. Baldwin spent much of his life in France, where he moved to escape the racism and homophobia of the United States.

Originally published in 1953, Go Tell It on the Mountain was Baldwin’s first major work. With a potent combination of lyrical compassion and resonant rage, he portrays a fourteen-year-old boy questioning the terms of his identity. John Grimes is the stepson of a fire-breathing and abusive Pentecostal preacher in Harlem during the Depression. The action of this short novel spans a single day in John’s life, and yet manages to encompass on an epic scale his family’s troubled past and his own inchoate longings for the future, set against a shining vision of a city where he both does and does not belong. Baldwin’s story illuminates the racism his characters face as well as the double-edged role religion plays in their lives, both oppressive and inspirational. In prose that mingles gritty vernacular cadences with exalted biblical rhythms, Baldwin’s rendering of his young protagonist’s struggle to invent himself pioneered new possibilities in American language and literature.

Go Tell It on the Mountain (Vintage International) (Mass Market)

Go Tell It on the Mountain (Vintage International) (Paperback)