Columbus: A Sibling Reading with Maureen Pilkington and Kevin Pilkington 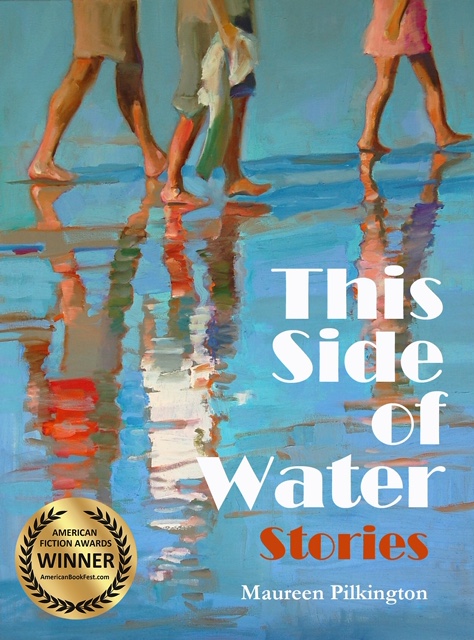 Join us at Book Culture on Columbus on Wednesday, October 2nd at 7pm for a sibling reading with Maureen Pilkington and Kevin Pilkington. Refreshments will be served following the reading sponsored by the Sarah Lawrence College Office of Alumni Relations

Maureen Pilkington’ debut book, This Side of Water: Stories, published by Regal House Publishing, is the Winner of the 2019 American Fiction Awards in the Short Story Category.
“Towards the Norwegian Sea,” a short story, is in the recent issue of The Antioch Review Love & Kisses issue. Pilkington’s short fiction has also appeared in Ploughshares, Puerto del Sol, Confrontation, Orchid Literary Review, Santa Barbara Review, Bridge: Art & Literature (Chicago), Red Rock Review, Pedestal, SNREview, Patapsco Review, Miranda, The Stonetable Review, Marco Polo Quarterly, SECRETS: MSR 2012 FICTION ANTHOLOGY, The Blotter, Literary Mama, Fiction Southeast and many others. “Hunter,” was read live on FM Radio, WCOM, on a music and literature program in North Carolina. Pilkington’s personal essays have appeared in The Weston Magazine Group (600,000 circulation) covering the New York City metro and suburban (NY/CT/NJ) luxury market including Greenwich, Westport, New Canaan, SoHo, Upper West Side, Tribeca, The Hamptons. Additional non-fiction has appeared in Stone Voices, Punctuate, Covey Club, Still Points Arts Quarterly and others. Pilkington worked in book publishing and received an MFA from Sarah Lawrence College. Currently, she is working on a novel and an essay collection. She is also the founder and director of Page Turners, a writing program for the inner city schools in the Archdiocese of New York City. Born in New York, Pilkington lives in Rye and Manhattan. 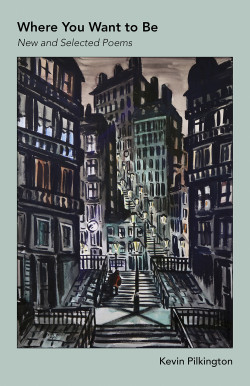 Kevin Pilkington is a member of the writing faculty at Sarah Lawrence College.  He is the author of nine collections: Spare Change was the La Jolla Poets Press National Book Award winner; Getting By won the Ledge chapbook award; In the Eyes of a Dog received the New York Book Festival Award; The Unemployed Man Who Became a Tree was a Milt Kessler Poetry Book Award finalist.  His poetry has appeared in many anthologies including: Birthday Poems: A Celebration, Western Wind, and Contemporary Poetry of New England.  Over the years, he has been nominated for four Pushcarts.  His poems have appeared in numerous magazines including: The Harvard Review, Poetry, Ploughshares, Iowa Review, Boston Review, Yankee, Hayden’s Ferry, Columbia, North American Review, etc.  He has taught and lectured at numerous colleges and universities including The New School, Manhattanville College, MIT, University of Michigan, Susquehanna University, Georgia Tech.  His debut novel Summer Shares was published in 2012 and a paperback edition was reissued in summer 2014. His collection Where You Want To Be: New and Selected Poems was a 2017 IPPY Award Winner.  A new collection entitled Playing Poker With Tennessee Williams will be published in late 2020. He recently completed a second novel.

This Side of Water: Stories (Paperback)

Where You Want to Be: New and Selected Poems (Paperback)