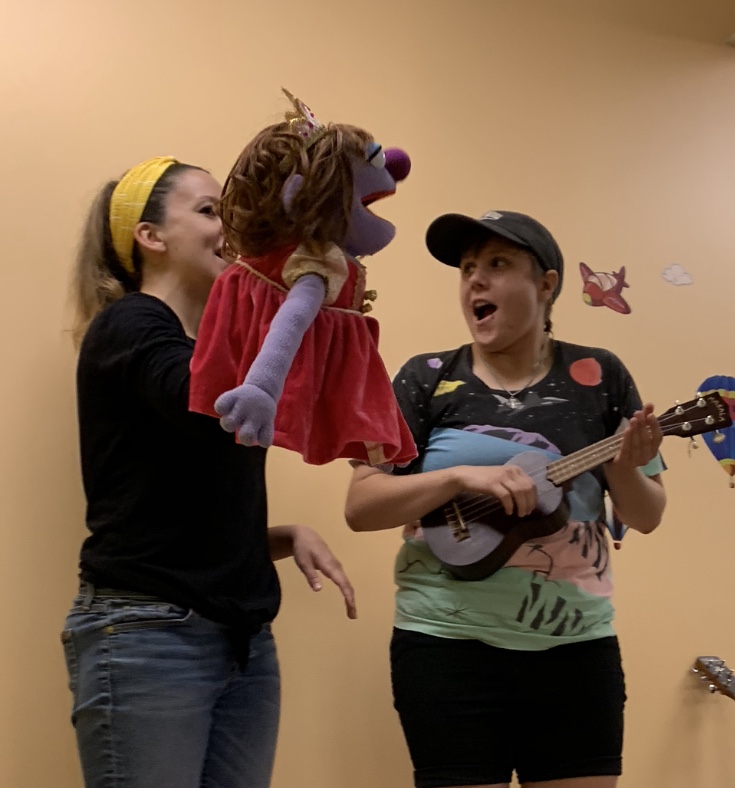 Join us at Book Culture on Columbus on Saturday, September 7th at 11am for a special musical storytime, Songs for Littles in Concert.

Sing along to your favorite songs and learn about the wonderful world of music at "Songs for Littles in Concert." Rachel and Jules will perform catchy original songs, children's favorites like "Baby Shark," and favorites for the adults like "Shake it Up, Baby." Songs for Littles uses these songs as a springboard to introduce kids to musical concepts like steady beat, dynamics, and tempo! Together they'll explore instruments such as the guitar, ukulele, trombone and flute. Two puppets, Sam and Herbie, will join the concert to learn about the instrument of the day and the musical symbol of the day. Children are encouraged to sing, move to the music, and explore the instruments.

Rachel Griffin Accurso is a passionate music educator, professional vocalist and award-winning songwriter. She has taught both music and theater, most recently at Hunter College Elementary School. She has a masters in music education from New York University. Accurso is a Dramatist Guild Fellow and wrote the music for Off-Broadway children’s musical. Her work has been featured on CBS National news and in The Washington Post.

Jules is a New York City-based singer songwriter who has worked in many musical genres - indie rock, pop and country among them. Jules co-wrote the theme song for the feature film Rock Dog; was a Great American Songwriter finalist; and with their band Boketto the Wolf has toured, opened for major acts and performed at the SXSW music festival. Jules’ passion for songwriting extends to teaching at a local private school and mentoring each Summer at the Berklee Songwriting Workshop.