Columbus: Tom Hansell on After Coal 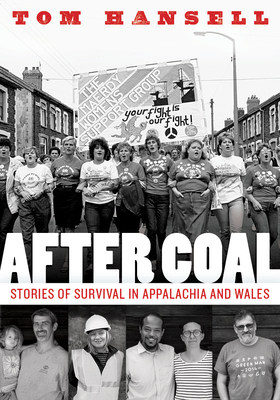 Join Harper's Magazine, West Virginia University Press, and Book Culture on Columbus on Wednesday, February 6th at 7pm, as we welcome Tom Hansell for a discussion of his new book, After Coal: Stories of Survival in Appalachia and Wales. Joining Tom in discussion will be Steven Stoll and Sarah Jones. They will be introduced by Christopher Beha.

What happens when fossil fuels run out? How do communities and cultures survive?

Central Appalachia and south Wales were built to extract coal, and faced with coal’s decline, both regions have experienced economic depression, labor unrest, and out-migration. After Coal focuses on coalfield residents who chose not to leave, but instead remained in their communities and worked to build a diverse and sustainable economy. It tells the story of four decades of exchange between two mining communities on opposite sides of the Atlantic, and profiles individuals and organizations that are undertaking the critical work of regeneration.

The stories in this book are told through interviews and photographs collected during the making of After Coal, a documentary film produced by the Center for Appalachian Studies at Appalachian State University and directed by Tom Hansell. Considering resonances between Appalachia and Wales in the realms of labor, environment, and movements for social justice, the book approaches the transition from coal as an opportunity for marginalized people around the world to work toward safer and more egalitarian futures.

Tom Hansell, an award-winning documentary filmmaker, is the author of After Coal: Stories of Survival in Appalachia and Wales, published by West Virginia University Press. It is a companion volume to his 2016 film of the same name. Hansell’s work has been broadcast on public television and screened at international film festivals. He began his career at the Appalshop media arts center, and he currently teaches at Appalachian State University. For more information, please visit aftercoal.com

Steven Stoll is Professor of History at Fordham University and the author of five books, including most recently Ramp Hollow.

Sarah Jones is a staff writer at New York Magazine.

After Coal: Stories of Survival in Appalachia and Wales (Paperback)