Please join us on Monday. July 20th, at 7pm for the launch of Wayne Hoffman's An Older Man at Book Culture on Columbus. Boris Fishman will be joining Hoffman in conversation.

Synopsis: Moe Pearlman-once the twenty-something protagonist of Hard-is now over forty, overweight, and going gray. He's turning into a daddy bear. That's difficult stuff for someone used to being the adorable younger guy chasing after older men. But Moe's whole conception of himself is challenged when he spends Bear Week in Provincetown. Still singular in his focus and sexual appetites after all these years, Moe starts off the week thinking he'll find a hot older guy and have an intense summer fling. Joining him on vacation, Moe's ex-lover Gene rolls his eyes at Moe's exploits, as always. Gene's disapproval has never stopped Moe before...but when the older objects of Moe's affection start looking right past him in favor of younger rivals, Moe is shaken to the core. Is his sex life about to take a dramatic nosedive? Are his days as a sexual athlete over? Perhaps not. Maybe his sex life is merely about to undergo a dramatic shift. In Provincetown, Moe meets an adorable little cub who loves his gray hair, his gut, his age. Moe isn't interested at first, and rebuffs the cub. Gene and his new boyfriend Carlos try to talk some sense into him, but he won't hear it. Then Aaron, Moe's best friend, arrives with his husband Kevin. Aaron knows the cub, who reminds him of Moe fifteen years earlier. He convinces Moe to put himself in the younger man's place, and to embrace his inner daddy at long last. Moe still isn't sure he can take such a young kid seriously, until he sees him standing up to police during a crackdown on public sex-and Moe sees himself, in his younger activist days, reflected in this younger guy. Finally, just before Bear Week ends, Moe gives in and spends the night with the cub, letting himself be the "older man" for the first time in his life. And he likes it.

Wayne Hoffman is a veteran journalist: currently an editor at Tablet magazine, formerly an editor at The Forward, Billboard, and the New York Blade. He has written for the Washington Post, Village Voice, The Nation, and dozens of other places. He's also written essays and short fiction for numerous collections.

Boris Fishman was born in Minsk, Belarus, and immigrated to the United States in 1988 at nine. His journalism, essays, and criticism have appeared in The New Yorker, The New York Times Magazine and Book Review, and other publications. He is the author of the novels A Replacement Life and Don't Let My Baby Do Rodeo (Spring 2016). 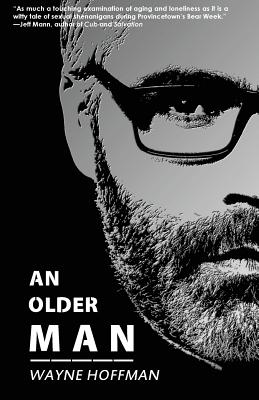