Columbus: Writers on Their Parents 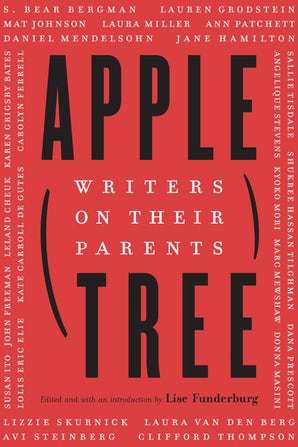 It happens to us all: we think we’ve settled into an identity, a self, and then out of nowhere and with great force, the traces of our parents appear to us, in us—in mirrors, in gestures, in reaction and reactivity, at weddings and funerals, and in troubled thoughts that crouch in dark corners of our minds.

In this masterful collection of new essays, the apple looks at the tree. Twenty-five writers deftly explore a trait they’ve inherited from a parent, reflecting on how it affects the lives they lead today—how it shifts their relationship to that parent (sometimes posthumously) and to their sense of self.

Lise Funderburg is a writer and editor and a lecturer in creative writing at the University of Pennsylvania and is the author of Pig Candy: Taking My Father South, Taking My Father Home and Black, White, Other: Biracial Americans Talk about Race and Identity. Find out more at lisefunderburg.com.

John Freeman is the award-winning editor of the literary biannual Freeman's. His books include The Tyranny of Email, How to Read a Novelist, and Dictionary of the Undoing, as well as two books of poems, Maps, and The Park. He has assembled two anthologies of new writing on inequality, Tales of Two Cities and Tales of Two Americas. His work has appeared in The New Yorker, The Paris Review and The New York Times, and he is currently executive editor of The Literary Hub. You can follow John's on twitter at @FreemanReads

Lauren Grodstein is the author of four novels, including Our Short History and
A Friend of the Family. She directs the MFA program at Rutgers-Camden. Find out more at laurengrodstein.com.

Daniel Mendelsohn is editor-at-large of The New York Review of Books and has been a longtime contributor and columnist for such publications as The New Yorker, New York Times Book Review, Harper’s, New York, and BBC Culture. He teaches literature at Bard College. Find out more at danielmendelsohn.com.