Community Event: War, Refugees and U.S. Policy in Both Life and Literature

We are currently working with very limited staffing and your patience is greatly appreciated. Thank you!
Event date:
12/05/2019 - 6:00pm 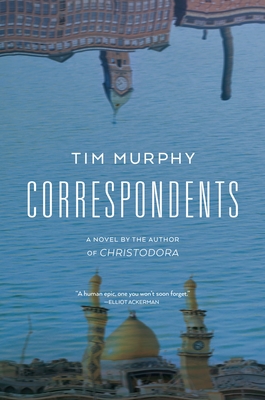 Join New York novelist and journalist Tim Murphy on Thursday, December 5th at 6pm as he reads from his acclaimed 2019 novel Correspondents (Grove Atlantic), about the impact of the U.S.-led invasion of Iraq on two families, one Arab-American, one Iraqi. Murphy will then be in conversation with his consultant on the novel, Yasir Dhannoon, a New York-based fashion and tech entrepreneur who is an Iraqi refugee and board member of The Syria Fund, which supports Syrian refugees in Jordan, and with Lexi Shereshewsky, founder of The Syria Fund, who met Dhannoon when they were both living in prewar Syria in the late 2000s.

“The evening will be an informal, pass-the-hat benefit for The Syria Fund"

Lexi Shereshewsky is the Founder and Executive Director of The Syria Fund, a non-profit 501(c) (3) organization that provides education programs and hands-on humanitarian efforts for Syrian refugees and other vulnerable families living in Jordan.

Yasir Dhannoon is an Iraqi refugee who traveled across the Middle East for over 7 years, in Egypt, Jordan, Dubai, and finally Syria. He is a board member at The Syria Fund, a nonprofit providing education opportunities and humanitarian aid for Syrian refugees and other vulnerable families in Northeast Jordan. Since the organization was founded, they have raised over $1M and have gotten 100s of children back to school.

Tim Murphy is also the author of the novels, Getting off Clean and The Breeders Box. He has been a journalist for nearly 20 years, focusing mostly on HIV/AIDS and LGBTQ issues, for publications including the New York Times, New York magazine, Out magazine, the Nation, POZ magazine, and for the magazines of the ACLU and Lambda Legal. He was a founding member of the NYC-based activist groups Gays Against Guns and Rise and Resist. He has taught journalism at City College of New York and creative writing at Arts & Letters Junior High School in Brooklyn.

Feel free to share this event with friends and colleagues.

The venue is wheelchair accessible.

Book will be available for sale.