LIC: Cutter Wood and Joe Fassler on Love and Death in the Sunshine State

We are currently working with very limited staffing and your patience is greatly appreciated. Thank you!
Event date:
05/09/2019 - 6:30pm

Join Book Culture LIC on Thursday, May 9th at 6:30pm for the paperback launch of Love and Death in the Sunshine State with author Cutter Wood. Wood will be joined in conversation by writer Joe Fassler. 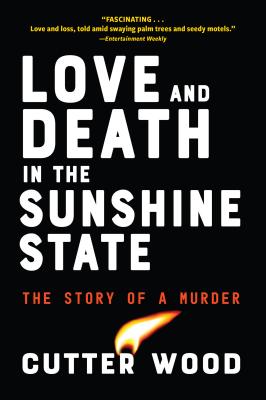 “I was convinced that somewhere in this pile of anecdotes and photographs and recollections was the vital clue, the detail that would make everything slide into place, and as I began to assemble all the information I’d gathered into an idea of a woman, I imagined myself at the head of a troupe of deputies and detectives, leading us all inexorably in the direction of Sabine Musil-Buehler.”

When a stolen car is recovered on the Gulf Coast of Florida, it sets off a search for a missing woman, local motel owner Sabine Musil-Buehler. Three men are named persons of interest—her husband, her boyfriend, and the man who stole the car. Then the motel is set on fire; her boyfriend flees the county; and detectives begin digging on the beach of Anna Maria Island.

Author Cutter Wood was a guest at Musil-Buehler’s motel as the search for her gained momentum, and he was drawn steadily deeper into the case. Driven by his own need to understand how a relationship could spin to pieces in such a fatal fashion, he began to talk with many of the people living on Anna Maria, and then with the detectives, and finally with the man presumed to be the murderer. But there was only so much that interviews and transcripts could reveal.

In trying to understand how we treat those we love, this book, like Truman Capote’s classic In Cold Blood, tells a story that exists outside documentary evidence. Wood carries the investigation of Sabine’s murder beyond the facts of the case and into his own life, crafting a tale about the dark conflicts at the heart of every relationship.

Joe Fassler is a writer based in Brooklyn and the editor of Light the Dark: Writers on Creativity, Inspiration, and the Artistic Process. He regularly interviews authors for The Atlantic’s “By Heart” series. He is a graduate of the University of Iowa MFA program, and his fiction has appeared in The Boston Review and Electric Literature. In 2011, his reporting for TheAtlantic.com was a finalist for a James Beard Foundation Award in Journalism. He is currently a senior editor at The New Food Economy.

Love and Death in the Sunshine State: The Story of a Murder (Paperback)

Light the Dark: Writers on Creativity, Inspiration, and the Artistic Process (Paperback)