LIC: An Evening of Poetry with Genya Turovskaya, Peter Marra, and Roman Turovsky

We are currently working with very limited staffing and your patience is greatly appreciated. Thank you!
Event date:
01/19/2020 - 6:30pm 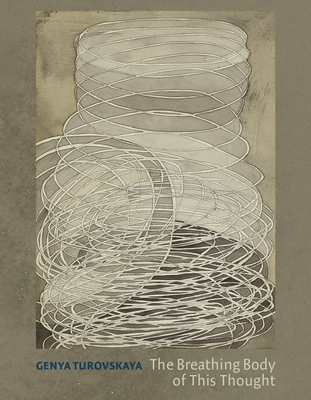 Join Book Culture LIC on Sunday, January 19th at 6:30pm for a special evening of poetry with Genya Turovskaya, Peter Marra, and Roman Turovsky as part of the Poets of Queens Reading Series.

Genya Turovskaya was born in Kiev, Ukraine, and grew up in New York City. She is the author of The Breathing Body of This Thought (Black Square Editions) as well as numerous chapbooks. Her poetry and translations of contemporary Russian poets have appeared in A Public Space, Asymptote, Chicago Review, Conjunctions, Fence, Gulf Coast, jubilat, Octopus, PEN Poetry, Sangam Poetry, Seedings, The Elephants, and other publications. She is the translator of Aleksandr Skidan's Red Shifting (Ugly Duckling Presse). She is the co-translator of Elena Fanailova's The Russian Version (Ugly Duckling Presse), which won the University of Rochester's Three Percent award for Best Translated Book of Poetry. She is also a co-translator of Arkadii Dragomoshchenko's Endarkenment: Selected Poems (Wesleyan). She holds an MFA from the Milton Avery Graduate School of the Arts at Bard College. She lives in Brooklyn, NY.

Peter Marra’s writings explore alienation, addiction, the misuse of love, the curse of secrets, the pain of victimization and the impact of obsessions. He has been scarred by his past quests into the pits of Rock n’ Roll, sin & flesh in NYC’s East Village and Pre-Disney Times Square and he has been manipulated by trash culture and fine art. He is the bastard child of the films of Roger Corman and Russ Meyer, the works of the Symbolists and the underground. Originally from Gravesend Brooklyn, Peter lived in the East Village, New York from 1979 to 1993 at the height of the punk – no wave music era. Peter’s work has the ability to unnerve but always has a purpose, as stated by Anti-Heroin Chic Editor James Diaz: “I have to say it's quite unlike anything else I've ever read, the chaotic No Wave NY energy certainly flows through your pieces in a unique way and you manage to tackle sensitive, dark themes in a way that many botch or do unnecessary violence to, your words instead feel carefully planned and precise, they bear deep purpose, not just shock for the sake of.” Peter has had over 300 poems published either in print or online in over 25 journals. His published works include approximate lovers (downtown materialaktion) (Bone Orchard Press), Peep-O-Rama: Sins of the Go-Go Girls (Hammer & Anvil Books) and Vanished Faces (a performance of occult infections) published by Writing Knights Press. His latest poetry collection is Random Crucifixions: Obsessions, Dolls and Maniac Cameras (Hammer & anvil Books).

Roman Turovsky Roman Turovsky was born in Kyiv, Ukraine in 1961. He studied art from an early age under his father, the painter Mikhail Turovsky and at the Shevchenko State Art School in Kiev. He also began to be interested in music in his teens. The family emigrated to New York City in 1979. Turovsky continued his art studies in New York at the Parsons School of Design, studying concurrently Historical Performance (Baroque Lute) and Composition. He is now active as an artist-painter, as well as a composer. Turovsky's poetry translations (from Russian, Ukrainian, Polish and other languages) have appeared in the literary almanacs Cardinal Points, and The Germ inter alia.

The Breathing Body of This Thought (Paperback)