Should Donald Trump be Impeached? The Mueller Report and Congress, A Harper's Magazine Event

The eagerly awaited release of the Mueller Report left the nation with more questions than answers. Join Harper’s Magazine on Thursday, May 30th at the New York Society for Ethical Culture for a discussion on the legal and historical implications of impeaching Donald Trump, featuring a veteran of the Watergate hearings, a national security expert, a noted historian, and an author of a brand new book on the trial of Andrew Johnson. 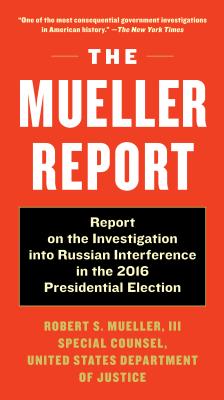 Karen J. Greenberg is Director of the Center on National Security at Fordham Law School where she teaches courses on post-9/11 national security law and policy. She is the author of several books including Rogue Justice: The Making of the Security State. She is a permanent member of the Council on Foreign Relations.

Elizabeth Holtzman is a former member of the United States House of Representatives. She was the first woman to hold the office of New York City Comptroller, and the first woman to serve as District Attorney of Kings County.In 1974, Holtzman was one of the Judiciary Committee members who recommended three articles of impeachment against Richard Nixon during the Watergate scandal.

James Oakes is an American historian who has written several books on slavery, antislavery and the Civil War. He is a Distinguished Professor of History and Graduate School Humanities Professor at the Graduate Center of the City University of New York.

Brenda Wineapple is author of The Impeachers: The Trial of Andrew Johnson and the Dream of a Just Nation. Her essays, articles, and reviews have appeared in many publications. A Guggenheim fellow, a fellow of the American Council of Learned Societies, and twice of the National Endowment for the Humanities, she teaches in the MFA programs at Columbia University and The New School.

Tickets are $25 and include a one-year subscription to Harper’s Magazine. A limited number of student tickets are available for $20.

The Mueller Report: Report on the Investigation into Russian Interference in the 2016 Presidential Election (Paperback)