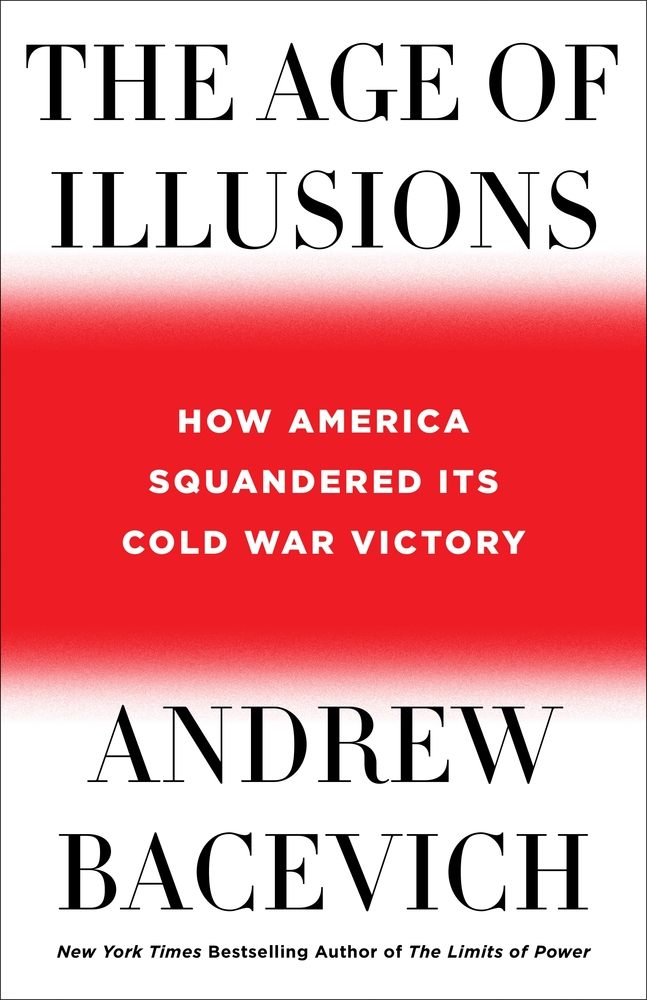 Join Harper's Magazine at W83rd Ministry Center on Tuesday, January 7th at 7pm for a discussion of The Age of Illusions: How America Squandered Its Cold War Victory. The author, Andrew Bacevich, will be interviewed by Harper's President and Publisher, Rick MacArthur.

A thought-provoking and penetrating account of the post-Cold war follies and delusions that culminated in the age of Donald Trump from the bestselling author of The Limits of Power.

When the Cold War ended with the fall of the Berlin Wall, the Washington establishment felt it had prevailed in a world-historical struggle. Our side had won, a verdict that was both decisive and irreversible. For the world’s “indispensable nation,” its “sole superpower,” the future looked very bright. History, having brought the United States to the very summit of power and prestige, had validated American-style liberal democratic capitalism as universally applicable.

In the decades to come, Americans would put that claim to the test. They would embrace the promise of globalization as a source of unprecedented wealth while embarking on wide-ranging military campaigns to suppress disorder and enforce American values abroad, confident in the ability of U.S. forces to defeat any foe. Meanwhile, they placed all their bets on the White House to deliver on the promise of their Cold War triumph: unequaled prosperity, lasting peace, and absolute freedom.

In The Age of Illusions, bestselling author Andrew Bacevich takes us from that moment of seemingly ultimate victory to the age of Trump, telling an epic tale of folly and delusion. Writing with his usual eloquence and vast knowledge, he explains how, within a quarter of a century, the United States ended up with gaping inequality, permanent war, moral confusion, and an increasingly angry and alienated population, as well, of course, as the strangest president in American history.

Andrew J. Bacevich is professor emeritus of history and international relations at Boston University. A graduate of both the U.S. Military Academy and Princeton University, he served in the U.S. Army for twenty-three years. His recent books include The Limits of Power, America's War for the Greater Middle East, and Twilight of the American Century. His writings have appeared in the New York Times, the London Review of Books, and the American Conservative, among other publications.

John R. MacArthur is the president of Harper's Magazine and is a part-owner of Book Culture on Columbus.

The Age of Illusions: How America Squandered Its Cold War Victory (Hardcover)